Rav Daniel Myers grew up in Belle Harbor in the 1960’s, where his family was very active in building up both the local Shul, Ohab Zedek, and the local day school, Yeshiva of Belle Harbor. His  parents were true community leaders, and inspired the entire Kehilla, including their son. Rav Myers received his Semicha in 1989 from Rabbi Yisrael Chait Shlita, and his Masters in Education in 1987 from Adelphi University in New York. Rav Myers was very inspired by his Rebbes in Yeshiva, Rabbi Yisrael Chait and Rabbi Reuven Mann, to carefully think through every sugyah (halachic or hashkafic). Rav Myers merited learning under Rabbi Aharon Bina in Yeshivat Hakotel; he also learned at Yeshivat Har Etzion under Rav Aharon Lichtenstein ZT”L.

Before making Aliya, Rav Myers was a rebbe in the Hebrew Academy of the Five Towns & Rockaways as well as the Rambam Mesivta. After arriving in Israel in 2001, Rav Myers was a rebbe at Ohr Yerushalayim and Ahavat Yisrael, and Principal of Talmud Torah Darchei Noam. At Darchei Noam, he developed a collaborative approach with the students where they learned conflict management skills in ‘real time.’

He inculcates in his students a passionate love for Torah and a deep appreciation for the miraculous times that we live in. Rav Myers has tremendous respect for all of Klal Yisrael, regardless of hashkafa and appearance, and works tirelessly to bring Achdut to the community. He loves teaching to all ages, from children in Gan through the Maor Seniors in his position of Rav at Kehillat  Menorat Hamaor.

Rav Myers serves as the Mara D’atra of Kehillat Menorat Hamaor in Ramat Beit Shemesh. He sends out a daily mini Shiur to his Kehilla, and has now accumulated 3,500 Shiurim on a wide range of topics. Rav Myers lives with his wife, children and grandchildren in Ramat Beit Shemesh. He looks forward to inculcating the beauty of Torah in the hearts & souls of every Magen Avot talmid. 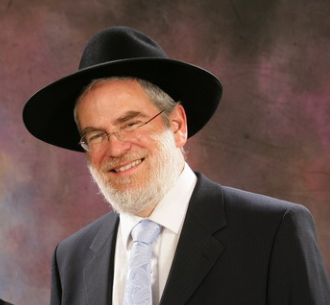 Yair Kobernick has been in education for over 31 years. He grew up in San Diego, California, moved to Israel in 1979 and aside from one year living in Bnei Brak, he has lived and raised his family in Yerushalayim.  After years of learning in Yeshivas Torah Ohr and Kollel Meshech Chochmah he went into chinuch, teaching in the Etrog school of Talpiot / Gilo and then 9 years in the Chofetz Chaim Talmud Torah “Yesod Yisrael”  in Sanhedria, Yerushalayim.

In 2002 Rabbi Simon brought him in as the Educational Principal. After 13 years he decided to go back to where his heart longed to be, the classroom. He taught 3 years full time and then came back to be part of the administration as assistant principal. Rav Kobernick’s approach to chinuch includes experiential learning, crafts and singing. He introduced the annual “ta’arucha” to the school. The first year it started out as a general Science Fair Exhibition. Each year’s exhibition has different theme’s, such as Hilchos Shabbos, the Yeshiva’s throughout Europe before WWII and the different Neviim in Tanach.

His warmth and support to all staff members, talmidim and parents at Magen Avot is legendary. Whether it’s educational support, technical support or emotional support, he is always there for everyone.

Being on the same team with Rabbi Danny Myers has been the highlight of his career and he is looking forward to many more years of working together to give jewish children a love for learning.

Rabbi Simon is a self motivated innovator, who acts when he sees a need in the Jewish community. He has initiated numerous projects, among them a successful loan G’Mach in Baltimore which still operates to this day, and a very large and popular Hebrew and English library in Har Nof that has been running for over twenty years.

Rabbi Simon was inspired to start Magen Avos upon moving to Beit Shemesh in 1995. He saw the need for a school that would service the many families that were moving to Ramat Beit Shemesh, offering an uncompromising Torah education along with a quality secular education and the chinuch approach that is familiar to Jews coming from English speaking countries. He soon found that this combination appealed to families from all backgrounds and has since welcomed native Israelis along with children from many countries throughout the world.

Rabbi Daniel Simon was raised and educated in Far Rockaway, New York. He attended Yeshiva of Far Rockaway and later learned in Beis Medrash and Kollel of Ner Yisrael Yeshiva headed by Rav Ruderman zt”l and Rav Yakov Wienberg zt”l in Baltimore where he received semicha. Rabbi Simon moved with his wife and family to Eretz Yisrael in 1989 and learned in Kollel Nishmas Yisrael in Bayit Vegan and Kollel HaRan in Ramot eventually receiving several semichas from Israeli Rabbanim.

Rabbi Simon worked for many years in a variety of camps such as Magen Av and administrative positions in Camp Munk, Ma Navu and Romemu. He coordinated numerous summers of Israel Torah Trip tours to Israel.

He holds a BA and a Masters in Business Administration from University of Baltimore and a Israeli certified degree in Education.

Rabbi Simon’s thorough grounding in Torah learning, organizational knowledge, experience, enthusiasm, creativity and camp “know how” have enabled him to create and flourish, with Hashem’s help, the pre schools, Yeshiva and Bais Yaakov classes that have educated a generation of children to love of Torah, fear of Heaven and love of the Jewish people.